Our new topic in year six is 1066, which is all about The Anglo Saxons and Vikings!

To mark the start of our topic, we took the role of archaeologists and uncovered items from sand using tools such as paint brushes and magnify glasses.

The items we uncovered included pictures of axes, shields, helmets with animal horns and archery equipment!

We discussed the items as a class and decided they were from battles a long time ago.

This led us into our new learning about the Anglo-Saxons!

Why not ask us what we know about them now?

Today we celebrated Number Day! In Year 5, we played lots of exciting number based games like Monopoly, Mathopoly and Triominos!

As well as this, we took place in a whole school competition in which we competed against the whole school sharing our times tables knowledge - we did really well but sadly did not win!

As we've continued travelling through time, we have made a stop in history much closer to home! In the 1700 and 1800 hundreds, some houses in Essex were decorated with pargeting like these homes below. 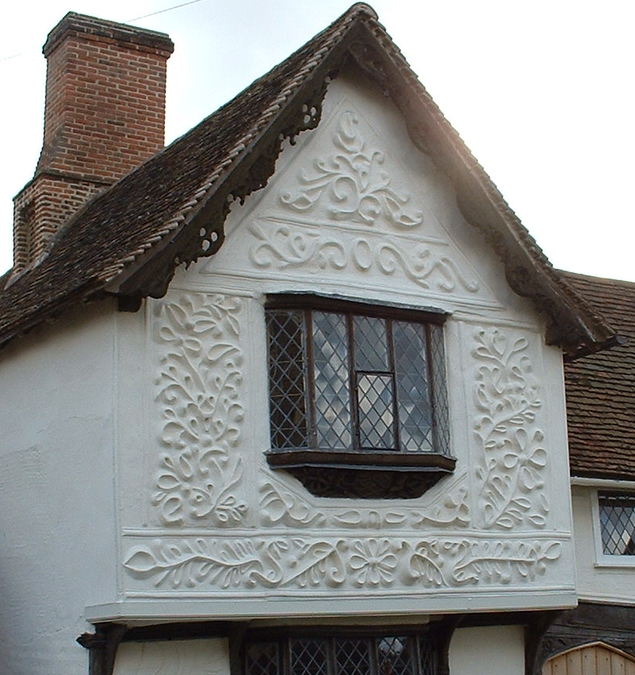 After some research, we designed our own examples in our sketechbooks. Then, we continued by making them out of clay. Here are some photos of us hard at work! 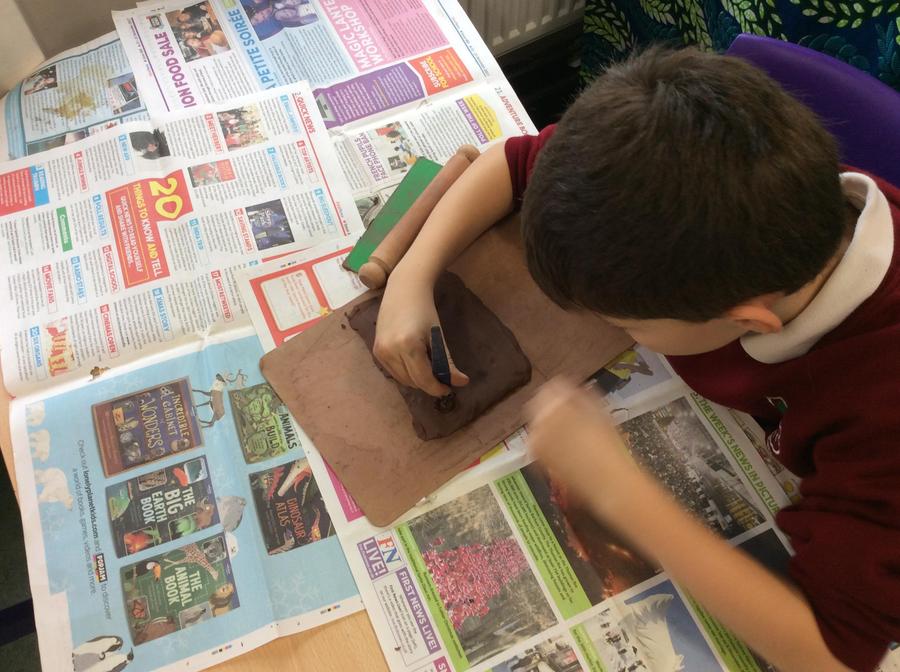 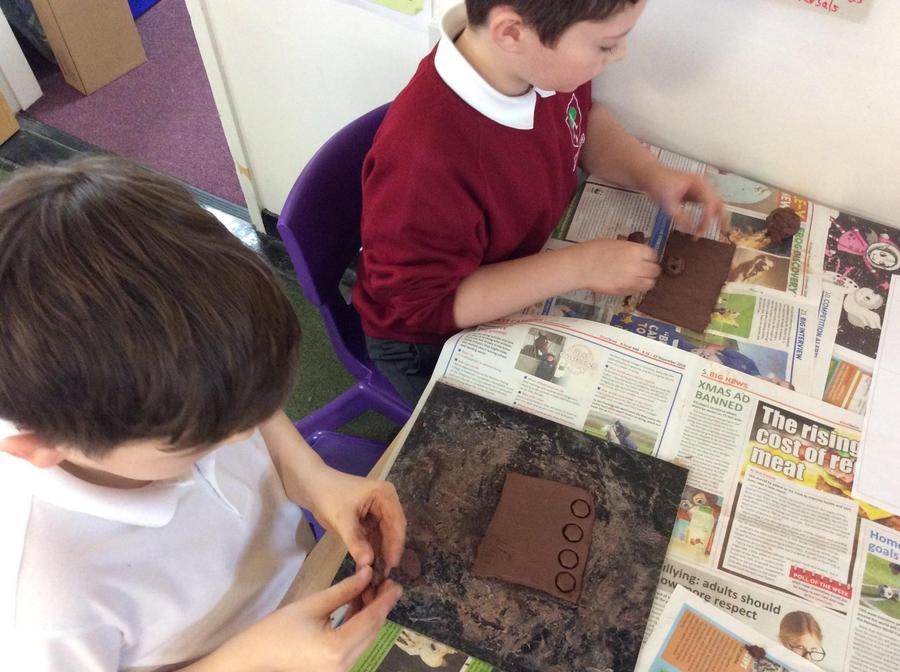 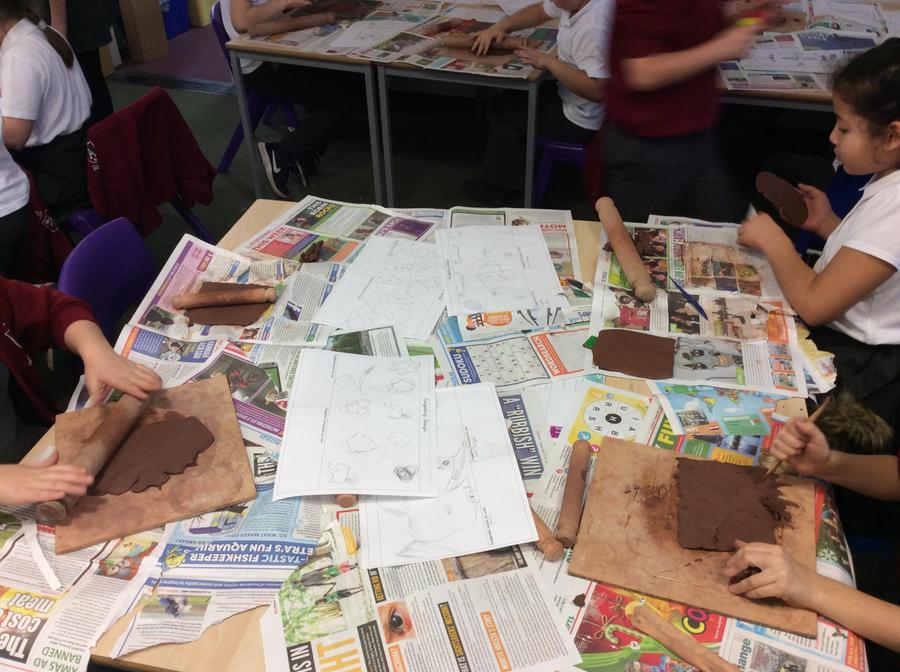 Today was a combination of all the hard work we have been doing this half term! We put together a class assembly which took our parents on a journey through time!

Inspired by the time travelling of Doctor Who and Minty in 'Moondial', we journeyed back to the Stone Age and showed off our cave painting artwork; our next stop took us to 1066 where we recreated the Battle of Hasting; we also visited the Renaissance period where we visited artists like Da Vinci and Michelangelo; our last stop was in London during the Great Plague of 1665 - we even had rats! 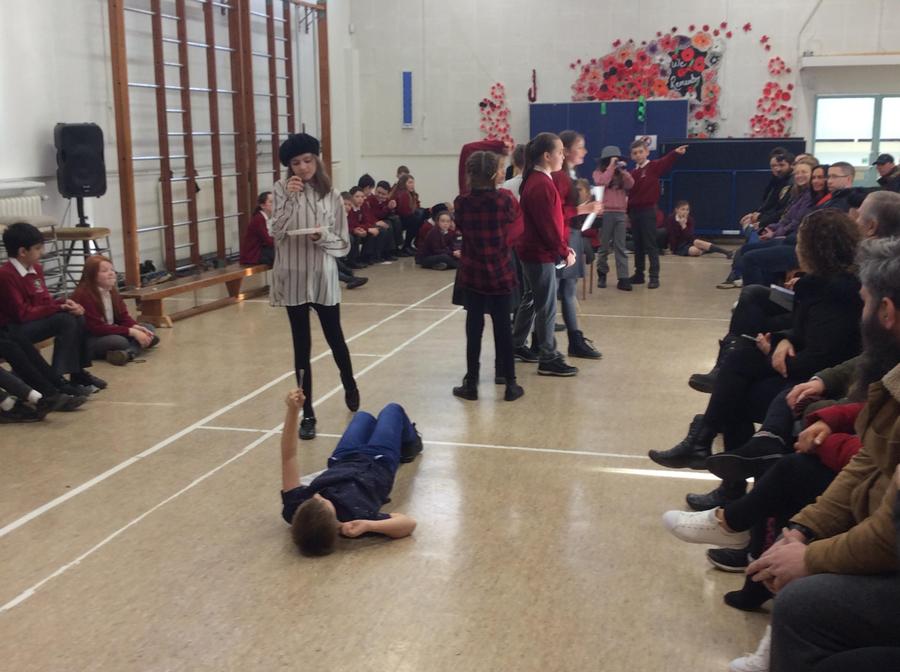 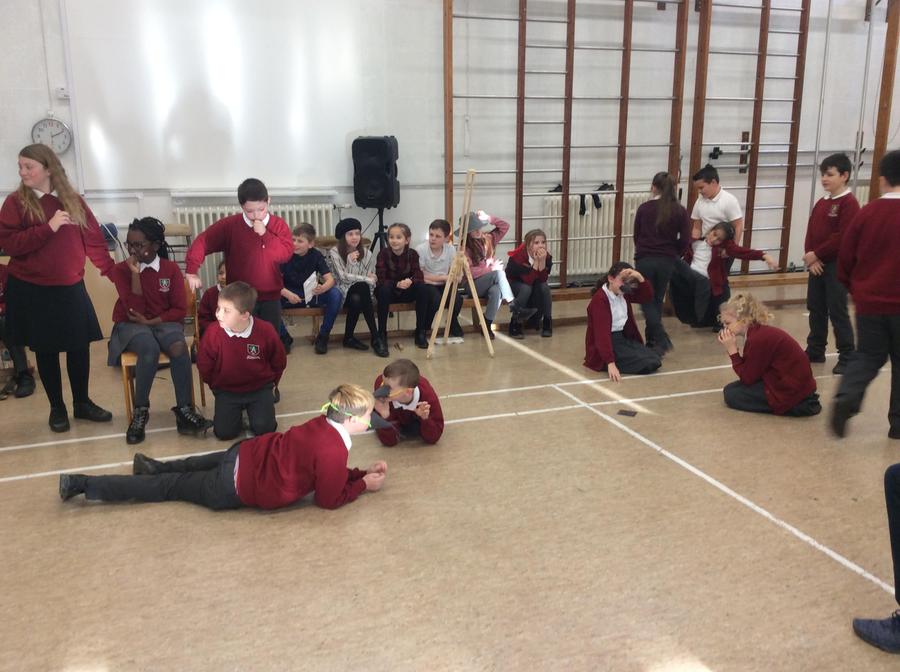 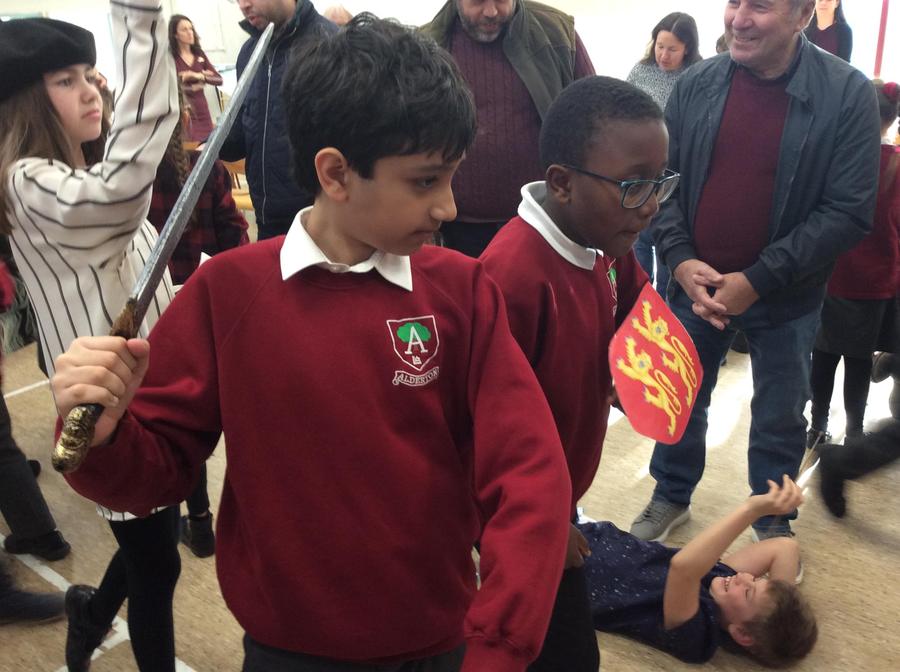 The journey allowed us to share our learning and even gave us time afterwards to share even more knowledge with our parents!

Over the past couple of weeks, we have become time travellers. We've travelled through time to visit the Stone Age, the Battle of Hastings in 1066 and most recently, we visited London during the Great Plague in 1665!

However, it was our stop in Renaissance period Italy that made us learn some quite different skills. We took inspiration from Michelangelo and had a go at painting a ceiling - in reality, we laid under the tables and created our own versions of the artwork found on the ceiling of the Sistine Chapel. 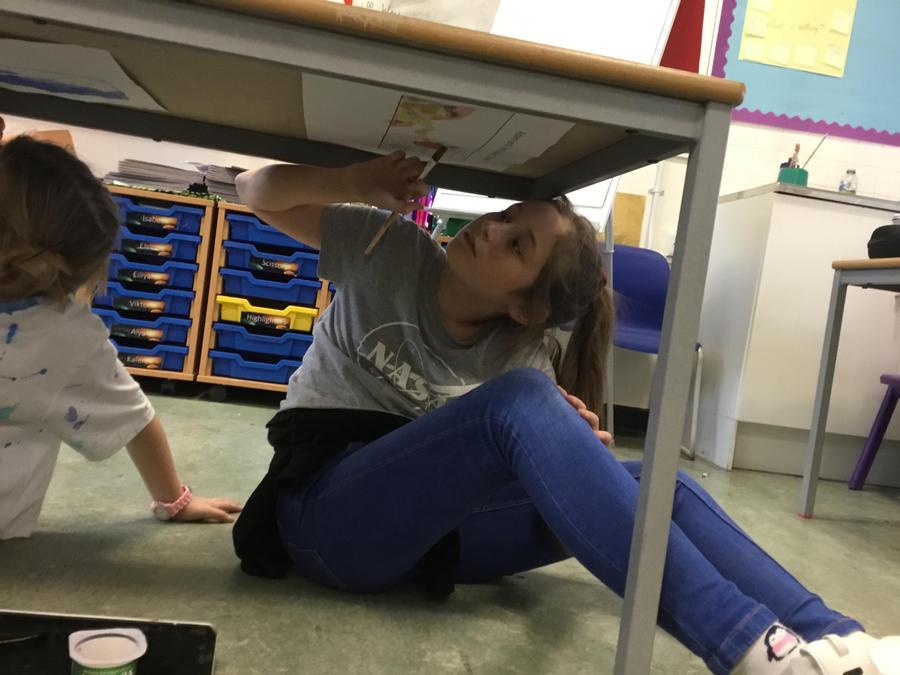 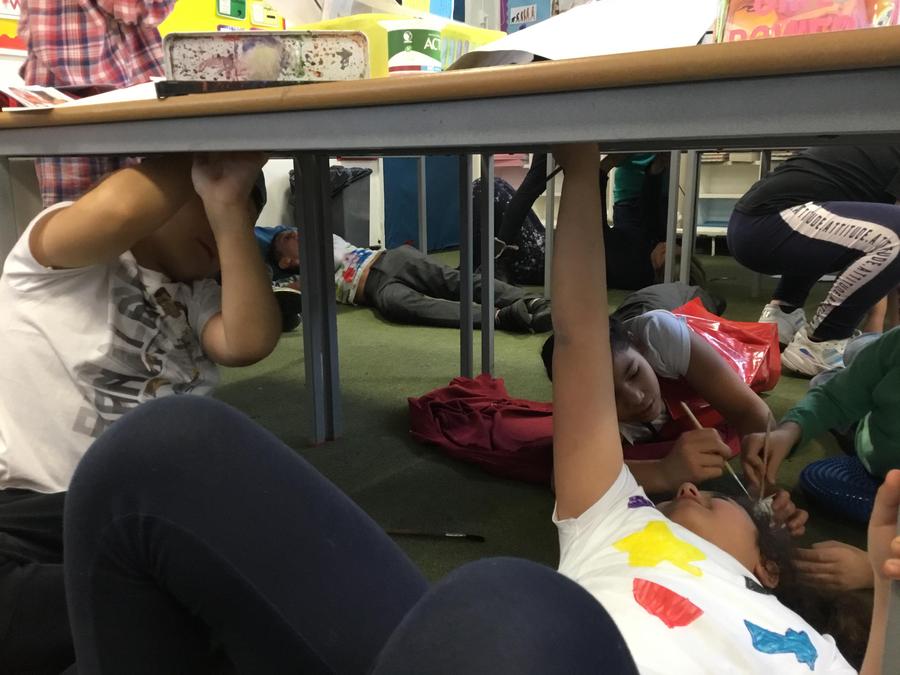 WOW, what a day! Year six had a tremendous day for their Gallery Rebels topic WOW day.

It involved varies activities centred around their topic.

The activities were based around the big question of 'Is graffiti vandalism or art?'.

The children enjoyed: learning about Banksy and making some of his art; creating stencils like Banksy and using a spray can to create a 'throwie' of their name! 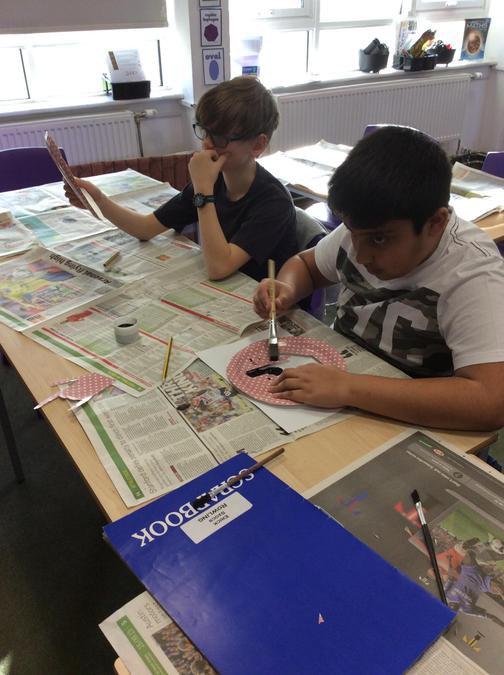 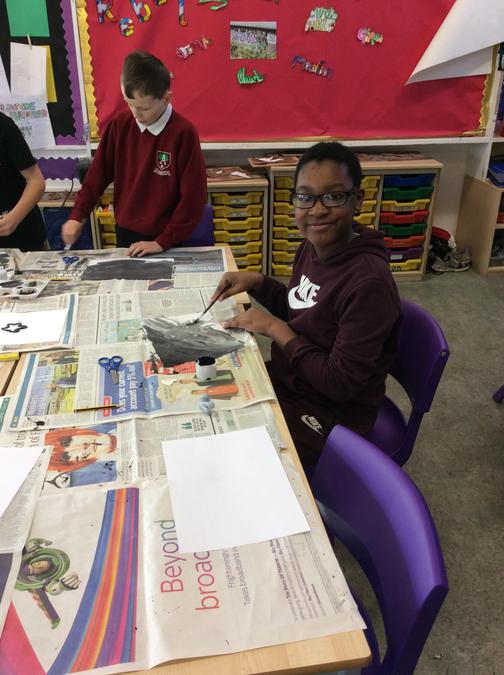 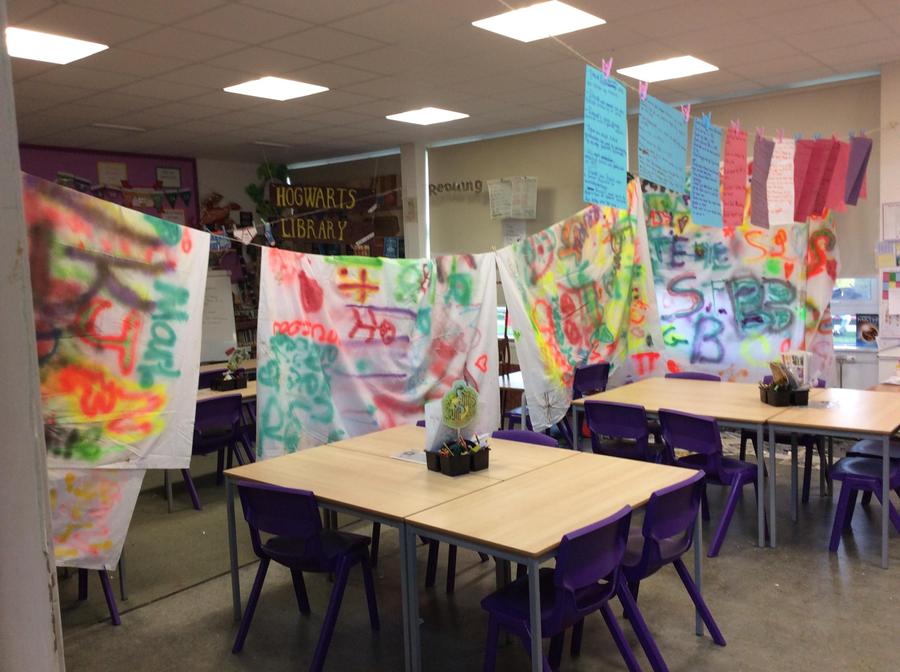 During Science, year 6 children have been busy exploring inheritance and evolution.

We have studied how fossils are created and what they can tell us about the past and evolution.

Following this, the children researched various changes that have been found in fossils and created their own using clay.

They each used clay molding skills to create three shapes that displayed a slight change in a living thing. 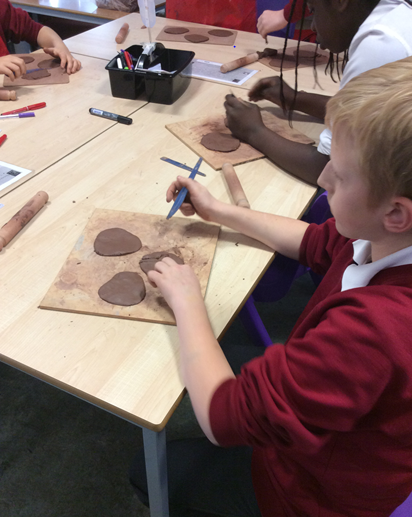 What a wonderful sunny day!
Top

Unfortunately not the ones with chocolate chips.

Some cookies are necessary in order to make this website function correctly. These are set by default and whilst you can block or delete them by changing your browser settings, some functionality such as being able to log in to the website will not work if you do this. The necessary cookies set on this website are as follows:

Cookies that are not necessary to make the website work, but which enable additional functionality, can also be set. By default these cookies are disabled, but you can choose to enable them below: